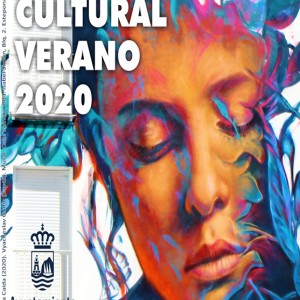 A program with more than 60 events has been designed where esteponeros with international projection such as Daniel Casares or Rocío Bazán and local musicians will perform in public spaces outdoors, complying with the regulations and recommendations of the health authorities.

Estepona City Council reports that the 'Cultural Summer 2020' program will have more than 60 cultural and leisure activities for all audiences. The deputy mayor of the Sociocultural area, Begoña Ortíz, has highlighted the variety of concerts and performances, which will be held mostly in different outdoor enclaves and will have a limited capacity, complying with the regulations and recommendations of the health authorities.

As a novelty, the councilor attached to the Culture area, Macarena Diánez, explained that this year the cycle of free concerts '100% Estepona' is going to be launched to give support to the artists and production companies of the municipality. Singers such as Gemma Murgado, the musical group Lazaga Flameco, The Habituales Rock Band, Patrick Jackson, Famel Fernández, Sammy James, Mario DJ or Milky Bread Music Band will participate in this circuit of performances. The mayor has indicated that these concerts, to be held in different parts of the city, will give us "a good idea of the artists of different musical styles that are creating in Estepona."

On the other hand, the City Council has scheduled concerts by two of the Estepona artists with the greatest international projection: guitarist Daniel Casares and flamenco singer Rocío Bazán. Thus, Daniel Casares will present his latest album 'Guitarrísimo' on July 30, at 10pm, in the Carmen Thyssen gardens of the Botanical-Orchid Park. The artist will once again demonstrate his virtuosity by interpreting themes such as 'Suspiro al Cielo' with which he wanted to pay tribute to the victims of the covid-19.

On September 5, at 10 p.m. in the ABC daily plaza, it will be the turn of the singer Rocío Bazán, who will present her latest show 'Intrépida', a tribute to the maritime origins of her family and to the flamenco cantes with more history.

To continue supporting the new musical talents of the city, the Estepona City Council will convene in August a new edition of 'Estepona Crea', which will be aimed at young people who create pieces that can be performed by the Municipal Band of Estepona, which this year celebrates its 80th anniversary. The winner will receive a prize of 10,000 euros. With this event, the Town Hall is committed to continue spreading the work carried out by the Municipal Music Band of Estepona.

On the other hand, the Estepona bullring will host various musical, comic and children's events this summer. Among the planned performances include that of the singer Pasión Vega, one of the most privileged voices in our country, that of the mythical group Hombres G, the composer 'El Kanka', the musicals' El Rey León ',' Frozen 'and' Mil Campanas', dedicated to the Madrid 'Movida', and the latest comedy show by 'Comandante Lara'.

Likewise, the Felipe VI Auditorium will hold its 'Summer Cinema' outside the venue until September 13. Those interested in consulting the latest film releases that will be screened can do so on the website www.tafestepona.com.

During the 17th and 18th of July we will also be able to enjoy the IV edition of '10 Wine Street ', a unique wine tourism experience, which allows us to get to know the most emblematic historical surroundings of Estepona, through the wine culture in all its splendor, harmonized with the best gastronomy and the best live music. More information and ticket sales at: www.takeawine.es.

Macarena Diánez has highlighted that dancers such as 'La Milana', 'Las Lourdes', 'Mariví and La Maravilla', 'Martina Tessaro', Eva Alarcón and Laura Alarcón will offer shows with their students in different enclaves of the city, for which reason the Citizens will have the opportunity to enjoy dance, flamenco and other styles of choreography.

Another highlight of the 'Cultural Summer 2020' will be the traditional summer concerts of the Municipal Music Band, which this year commemorates its 80th anniversary. The performances will begin on July 19 and will be held every Sunday until August 30. To comply with the recommendations for social distancing, the concerts will be held on Avenida España, next to the La Peseta Monument.

The humor shows by Salva Reina and Agustín Jiménez, the XXV Book Fair on the Paseo Marítimo or the third edition of Estepona Expoclic, dedicated to Playmobil figures, are other events that complete this summer cultural program.