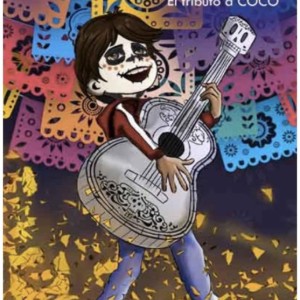 Estepona City Council reports that “Remember Me! The tribute to Coco ”, the first musical tribute of the family film, arrives at the Felipe VI Auditorium of Estepona, a concert-tribute to one of the most endearing films of recent times and to his songs, with the live voices of the performers of the Musical Theater Company of Spain (CTME).

Remember me! The tribute to Coco is presented with a double function: at 12:00 and 17:00 on Sunday, February 16. A show for all audiences, which is touring the main auditoriums and theaters of the country, and that has all its functions with full full. Undoubtedly one of the musicals of the year that will thrill viewers of all ages.

Come sing, laugh and get excited with the musical Tribute of the year! The show of all families ....

Synopsis: Miguel is a boy who dreams of being a musician and achieve his dream of being like his musical idol, Ernesto de la Cruz, but his family refuses to be a musician for a terrible incident with music in the past of the family ... But Miguel will not give up until he achieves his dream.